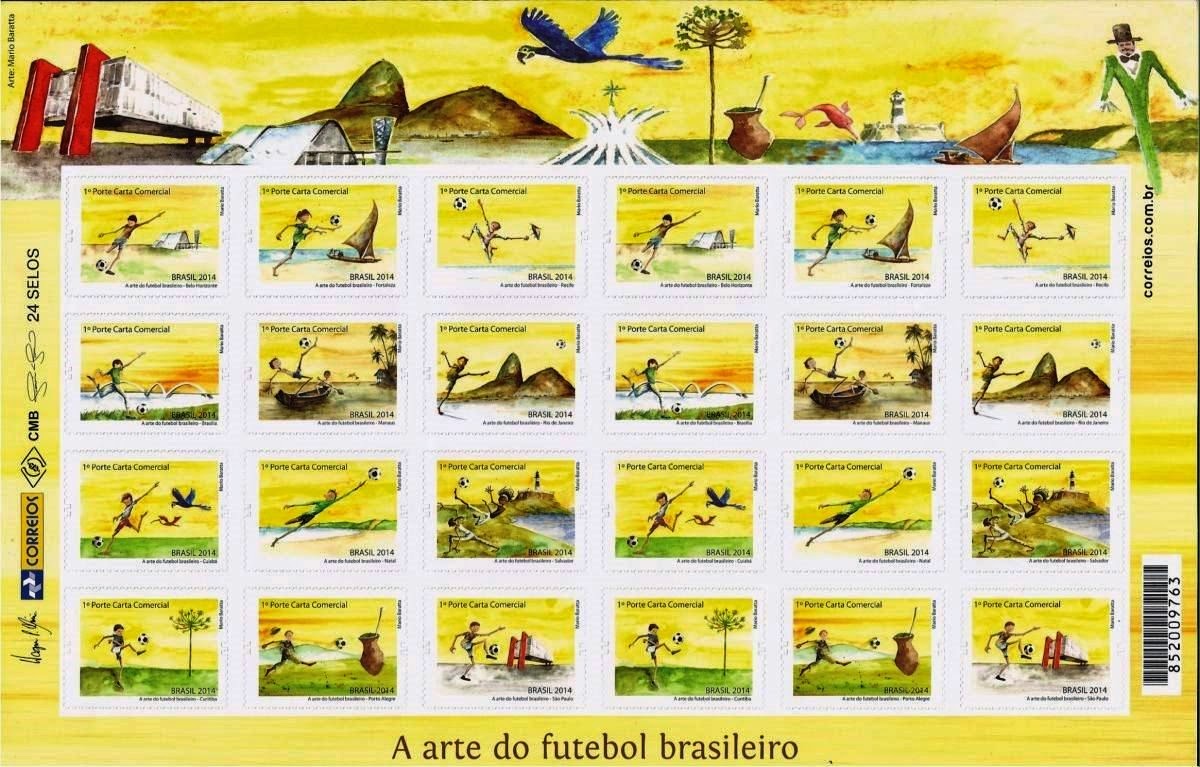 In April the Brazilian Post has issued a series of 12 stamps related to the World Cup, called "The Art of Brazilian football." The stamps are arranged in a sheet, containing 24 self adhesive stamps. There are also postcards to make official maximum cards.

The Brazilian Post has issued a stamp block with 3 pieces on the World Cup which starts in Brazil on June 12. Each stamp features an icon of the event: the mascot, the cup and logo.
Unfortunately it was not made special cover for this issue, neither maximum card ... But even so it is still a very interesting block. 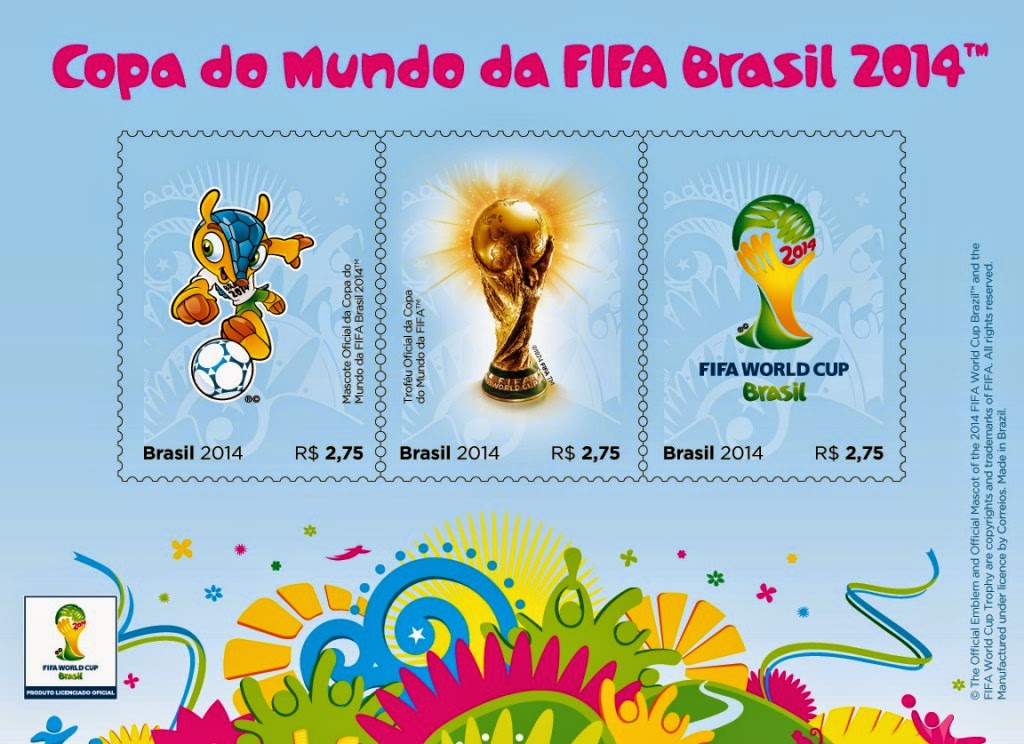 The Brazilian Post will release in January 30, 2014 a commemorative stamp set on the FIFA World Cup that will take place in Brazil in 2014.


This series contains 12 stamps, each one is alluding to one of the cities hosting the event (cities: Belo Horizonte, Brasília, Cuiabá, Curitiba, Fortaleza, Manaus, Natal, Porto Alegre, Recife, Rio de Janeiro, Salvador and São Paulo).
The illustration is the official poster of the host city and the postmark contains the Cup mascot, the armadillo named Fuleco.
Greetings from Brazil!!!

While interest rates remain at low levels (considering the Brazilian standard rates), the stock market continues to follow the guidelines of bearish worldwide crisis the big Brazilian investors have sought allocations in their portfolios to ensure higher earnings as gold, real estate, art works, antiques, but now may invest in stamps!
The Stanley Gibbons has opened an office in Brazil a few days ago and is already having meetings with potential investors in major Brazilian cities.
Postado por João às 18:04 Nenhum comentário:

Brazilian best stamps not issued and not circulated in 2012

In 2012 I read on the website of the Brazilian post offices that would be issued beautiful stamps on the passage of the Olympic and Paralympic flags of the British for the Brazilians. These are a pair of "Se-tenant" each composed of 3 stamps: one on the Olympic flag and another on the Paralympic. During months when I visited post offices, including the philatelic  post office, I not found such stamps. The Post online shop , which makes online sales also never provided these stamps... Actually nobody knows about these stamps and all philatelists I know also do not know and never saw them. Neither dealer has them. These seals are not on the official list of stamps issued in 2012, but interestingly, the post office is disclosing voting for best stamp issued in 2012 and such stamps are competing! ... so if you receive a letter with these stamps mint or find them: keep them, even if they do not have much value it is an interesting curiosity for your collection.
Postado por João às 17:07 Nenhum comentário: 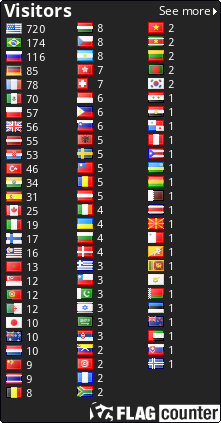